I was reading the Time Out Magazine  the other day and found those 29 rules that every New Yorker should follow. I thought it was pretty funny, and truth, haha:

“DO NOT: Ask how much someone earns, how much they pay for their apartment and how much they weigh within the first 20 minutes of meeting them.

DO NOT: Use a giant golf umbrella every time it drizzles slightly. You are a middle-aged man in a suit walking to a midtown deli. You are not Tiger Woods braving the 18th hole in a tropical typhoon.

DO NOT: Request directions to the World Trade Center site by asking, “Which way to 9/11?”

DO: Take your trash outside the building, and don’t just leave it in front of your apartment door for three days. There are 20 people living in this one brownstone, and we can all smell your failed attempts to make ceviche from our beds.

DO: Have your MetroCard ready when you approach the turnstile. It’s technically legal for us to maim you if you’re still struggling to pull out your wallet five seconds after you hit the barrier.

DO NOT: Sleep on the street in front of Rock Center for three nights just because Justin Bieber’s going to be on the Today show. (a) You’re blocking the sidewalk and (b) You’re 45, what’s wrong with you?

DO NOT: “Upstream” while waiting for a taxi. You know you saw me right there, and yet you still walked five feet up from me to try and snag a cab I’ve been waiting for, for 20 minutes. FUUUUCK YYOOOOUUUUU.

DO NOT: Walk four abreast SLOWLY on the sidewalk, then stop in the middle of the sidewalk all together (looking at you, tourists!). The only place this is allowed is Times Square, because no locals go there anyway.

DO NOT: Eat your greasy takeout on a packed subway during rush hour. We shouldn’t have to get a sneak preview of what your bathroom will smell like in three hours.

DO: Encourage your children! Encourage them to put on headphones when playing Angry Birds at full volume on the train. Encourage them to perhaps save the Razor scootering for blocks not full of pedestrians. Encourage them to remind you that you shouldn’t be bringing your child to a bar in Park Slope just because Mommy needs to take the edge off and everyone else from the Food Coop will be there for brunch.

DO NOT: Start pushing onto the subway car before people have exited. You can wait three more seconds! There is no need to trample that toddler!

DO NOT: Give your cabdriver directions.

DO NOT: Ask the bartender in whichever Generic Irish McDeep-Fried O’Shittybeers bar in midtown where in Ireland they’re from. It’s probably an out-of-work theater actor working on their “Oirish” accent.

DO NOT: Lean against the poles in a subway car, leaving your fellow commuters struggling to wriggle their fingers between the metal grip and the small of your sweaty-ass back. And no, just because national treasure Patrick Stewart once did it doesn’t make it right.

DO NOT: Get your pizza from any restaurant whose name starts with the letters Sb.

DO: Always tip your bathroom attendant. You never know when you’re going to end up a drunken fool and need them to hold your hair back as you pray at the porcelain altar.

DO NOT: Hold the door open for a bar or restaurant in the middle of winter while you decide whether to stay. You are literally freezing that poor couple by the door to death.

DO NOT: Take your car out of the parking lot just to get 30 blocks uptown.

DO: Respect the order in which you arrived at the bar when ordering drinks. If you arrived at a bagel counter with three patrons ahead of you, you wouldn’t nudge your way to the front, wave cash wildly at the clerk with pleading, hungry eyes until he chose you over the other plebeians, for he holds all the bagels, and you are desperate for those sweet, tasty carbs. You wouldn’t do that in the morning for breakfast; why would you do that for sweet, sweet alcohol?

DO NOT: Toss your freshly blown-out mane in a crowded bar without a quick glance behind you. It may be a glossy wonder worthy of Kim Kardashian, but I still don’t want it whipping round my mouth.

DO: Stop and comfort a lady if they’re sat in the gutter, crying, rather than just stepping over her.

DON’T: Whistle at women like they’re sheep that need rounding up. You know who you are.

DO NOT: Ask anyone in a gay bar the following two questions: (1) How old are you? (2) Are you guys a couple?

DO: Leave your acoustic guitar at home when spending a day in a public park. Hey! Who sings that song? Let’s keep it that way.

DO: End your cell-phone call before getting in line to order coffee. If we’re already forced to listen to you ask for a double-venti free-range mocha-chocolata iced chai with skim whip, we should get a pass on hearing you obnoxiously rehash your weekend with your BFF Becca.

DO NOT: Ride your bike on the sidewalk, unless you are a child. (And if you are a whimsical, childlike twentysomething on a streamer-bedecked banana seater, DO ride your bike into the river.)

DO NOT: Motion for a stranger on the street/platform/train to take out their earbuds. Ever. Whatever you have to say, they’re not going to be happy about it.

DO NOT: Excitedly update your social-media feeds about IHOP/Target/Chick-fil-A opening in your neighborhood. You can either live in NYC or the ‘burbs; you can’t have both”. 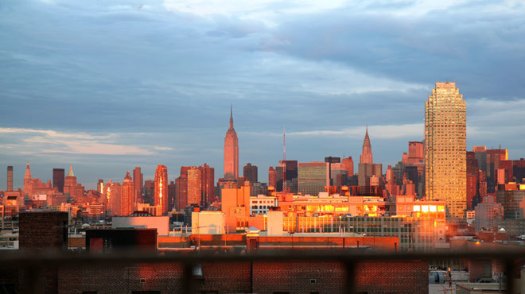