It’s been almost two week that we moved D to a toddler bed. To tell you guys the truth, I wasn’t planning on moving him to bed for awhile, I wanted to keep him in his crib for as long as I could. It’s just better, easier, safer, but that didn’t happen. First, Dylan started to jump out of his crib. He was doing in the right way and wasn’t doing it at night/morning. He just did when I put him down for a nap, because didn’t want to take a nap. What is a nap these days? haha. So I was fine with that until one day he decided to jump inside the crib to grab a few toys. When I saw him, he was already inside happily getting the toys. So I decided to look back on our camera (we use this one and love it) to see how he did it. I have to say I love this feature on our camera that allows us to rewind.

When I saw it, I basically freaked out. D jumped in and feel on his head, then neck not in a safe way. He didn’t get hurt or anything, but could have. That day I decided to move him to a bed, no questions asked. I unassembled his whole crib, took the sides off, then put back together as a little bed. Our crib is from Kalon Studios and I love it. You can get the kit for the bed, but you don’t really need to. We decided not to get, since the bed is really close to the floor and the carpet we have in Dylan’s room is super soft. Instead, I got new bedding for him. I love Ferm Kids and they had the duvet I wanted. I also got some cute and fun pillows from there.

So far Dylan had been doing well sleeping in his bed. I found him sleeping on the floor a couple of times, but it’s all good. At night, before he goes to bed, he asks me to stay in the bed with him for a little bit, then I leave he goes to sleep. Such a big boy now. Here are a few photos from his new bed. Xx 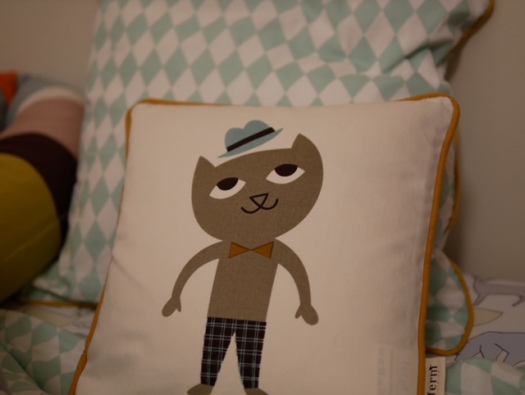 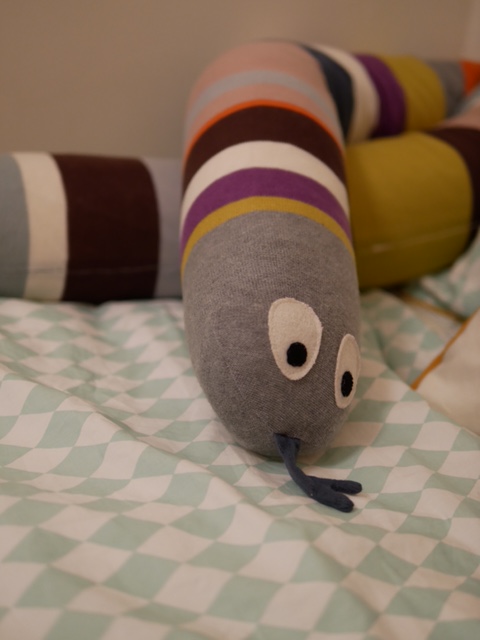 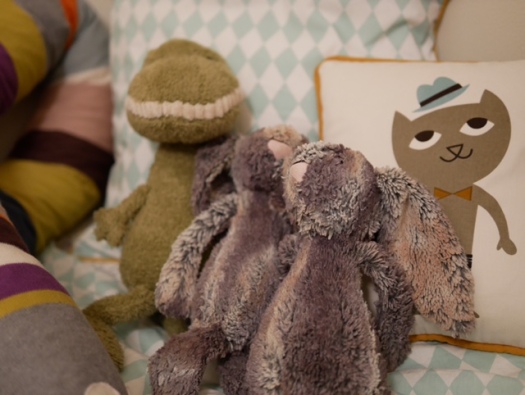